The concept of Astrology 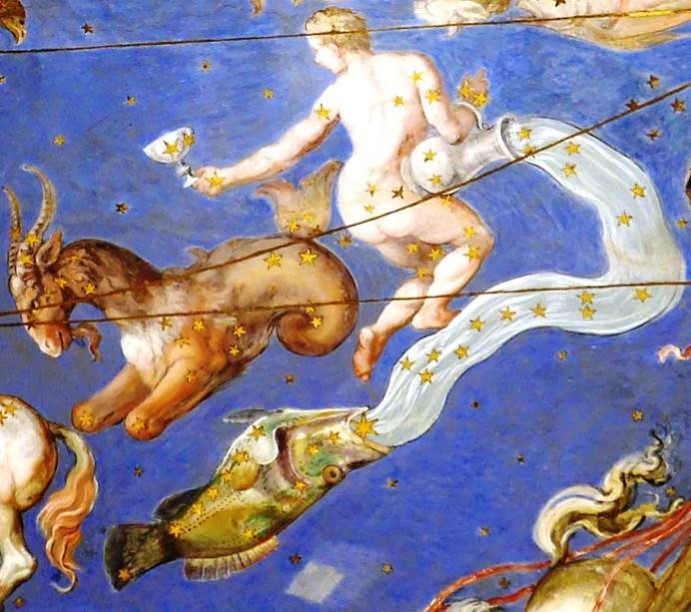 In the last century many changes happened to different streams of science, but no other science besides Astrology has been subjected to distortions and intense persecution during this period. Meanwhile, the basic principle of Astrology is very simple: it recognizes the influence of celestial bodies on people.

Modern astrologers have elucidated a lot about the influence of the Sun and planets on the character of an individual. As for the influence on one’s destiny, character itself determines the life of a person. In any case, Astrology never claimed the inevitability of predestination of celestial bodies, but merely pointed at the trends in the destiny of a man.

Everyone recognizes the effect which the Sun and Moon make on people. Just like climate undoubtedly contributes to the formation of racial characteristics and personal character, it is itself nothing but a consequence of the relationship between Sun and the Earth.

Since we recognize the influence of the Sun and Moon on a person, we must recognize the influence of all other planets, albeit to a lesser extent. Astrology deals with 9 major planets: Moon, Mercury, Venus, Mars, Sun, Jupiter, Saturn, Uranus and Neptune. Also, there are 12 Zodiac signs: Aries, Taurus, Gemini, Cancer, Leo, Virgo, Libra, Scorpio, Sagittarius, Capricorn, Aquarius and Pisces.

Creating a natal chart requires two operations. The first one is astronomical and its task is to determine the position of the zodiac and planets in the sky in relation with the birthplace of a given person at the time of his birth. The second operation is astrological and basically connected to the interpretation of the character of man and the main trends in his fate, based on the obtained figure of the sky.

There is an imaginary circle of ecliptic (annual path of the sun) which consists of 360 degrees in the sky. The first degree is considered at the intersection of the ecliptic with the equator - in other words, at the Vernal equinox. The 12 parts of 30 degrees start from it, each of which is indicated by the Zodiac sign, starting with Aries.

I especially insist on this difference, because opponents of Astrology usually say that the location of the Zodiac signs of the horoscope does not correspond to the actual position of the Zodiac constellations on the ecliptic.

Then the longitude of the Sun and all the planets is determined at the time of the birth of a given person and the planets are placed into the corresponding degrees on the horoscope.

To determine the longitude of the planets, it is most convenient to use the astrological calendars of Raphael. Raphael’s Astronomical Ephemeris are published every year in London.

While calculating the longitude of the planets, one must take into account the difference between the meridian of the place of birth and the meridian of Greenwich (for Raphael ephemeris). So, if in St. Petersburg, a birth took place at 10:00 in the morning, then Raphael's ephemeris should be taken at 8 o’clock in the morning, because Greenwich is 30 ° 18 'west of St. Petersburg or 2 hours 1 minute and 12 seconds earlier.

In 1906, the ‘’Ephemerides Perpetuelles’’ were published in Paris, which had some innovative features. Using them it is possible, with the help of small calculations and measurements, to determine the position of all the planets on any day and hour between 1000 years and 3000 years after the birth of Christ.

Having placed the planets into the horoscope, it is necessary to orient this entire horoscope in relation to the position of the sky at the given hour, that is, determine what ecliptic points will be at that moment on the horizon and on the meridian of this place. Here we are dealing, firstly, with the Earth’s latitude of the place, and secondly, with the visible daily movement of the sky around the Earth.

Altogether Astrology determines 12 points on the circle of the horoscope on the ecliptic in relation to a given place at the time of birth. The first point of the ecliptic, ascending on the eastern horizon, is called the Ascendant. The opposite point of the Ascendant, which sets in at this moment on the western horizon, is called the West (Descendant). The third point of the ecliptic on the upper meridian (that is, above the horizon) of the place is called Mid-Sky. The opposite point on the meridian of the place under the horizon is opposite to the Mid-Sky, which is called Bottom of the Sky.

In practical terms, it is more convenient to use the tables in Alan Leo’s book “Astrology for All, Part 2”, with the help of which it is easy to determine houses in the horoscope for all latitudes from 0 degrees to 60 degrees.

Tables of Houses are compiled in relation to the sidereal time, to determine which you need to take the direct Sunrise in hours at noon of the day (it is indicated by Raphael and Allan Leo, and in any astronomical calendar) and add to the given number, or subtract from it the number of hours that have passed from noon to the time of birth or remaining until half a day from the moment of birth in this place.

Houses in a horoscope are related to the following aspects of an individual’s life:

Ninth House: Philosophical and religious views and beliefs, as well as distant travels.

Author of the article © S. Tucholka

Translated into English from Russian by © Viktoria Polikarpova & Ankit Sinha, 2019