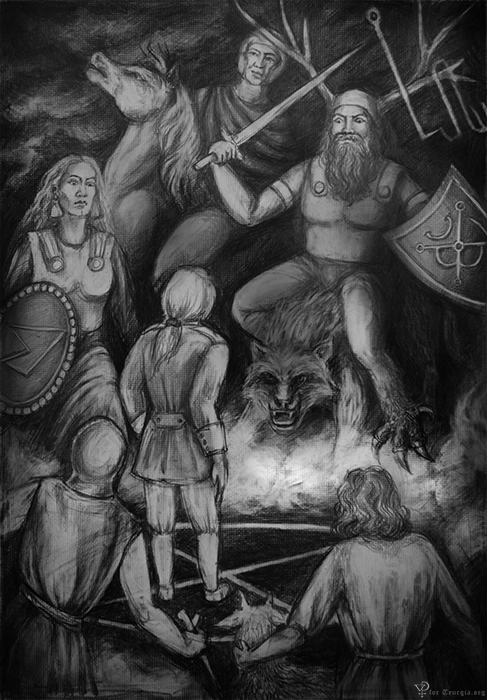 We introduce our second English update. The update illustrates a picture in which the magical images of the Spirits of Mars are depicted according to the book “The Elementary Treatise on Practical Magic” (“Traité élémentaire de magie pratique”) by Dr. Papus. A description of the appearance of the Spirits of Mars according to Papus's “Practical Magic” can be found in this article.

The articles in this update focus on the history of Martinism, occult philosophy, Astral agent, astrology, and magical defense.

Now on the main page of the English-language part of the site displays a list of the latest articles.

History of Martinism
Letter from Henri Delaage, initiator of Dr Papus in Martinism: rare document
A rare document from the TeurgiaOrg collection: a letter written by Henri Delaage, initiator of Dr. Papus (Gerard Encausse) in Martinism. The letter was written in French, we provide not only a scan of the letter, but also a typed text of the original, as well as a translation of the letter into English. We are grateful to Steeve Fayadas for helping us to obtain this document.

Magician's character — Eric Midnight
This short article is an instructional discussion about what traits a true magician should have. He must be "master of himself." In achieving this state, work with planetary and zodiac influences helps.

Interaction with Astral Agent and Magical Defense — Baal-Hiram
This article is devoted to important issues of magical protection: how to protect yourself from astral attacks by sorcerers, black magicians, fallen spirits and so on. What rituals are suitable for this purpose, as well as what magic tools are used to expel hostile astral beings.

Astrology
The harmony of the spheres — Margherita Fiorello
The ancients believed that the planets move according to the relationships established between them, like notes: the pure, soundless music produced by the planets was called the "music of the spheres."