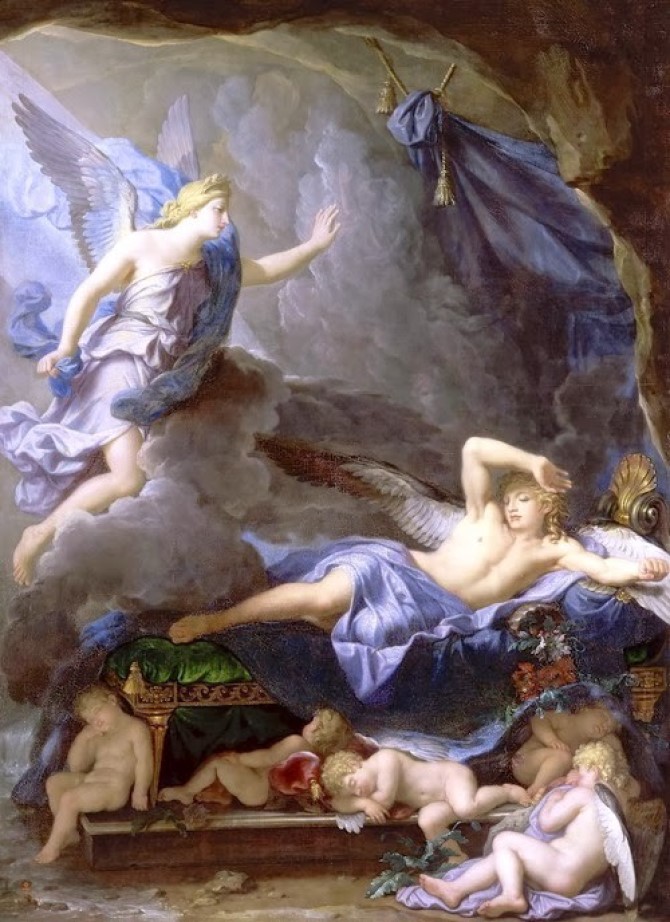 In No. 17 of Rebus magazine, Mr. A. Woodpeters reports of his, as he said, strange dreams:

It seems to me that I have always been in close contact with the psychic area; I had strange dreams before I learned to understand the words “spirit”, “psychism”, etc. And since some of these dreams are of some interest from my point of view, I decide to make them public.

Even when I was just a child and we lived in a house near one of the canals, I dreamed that I was walking along the shore of this canal, bending down to pick up a fragment of an aspid board, and at this time one of my relatives ran to me, shouting to me: "Run home and tell your mother to get ready, because the water rises." This meant that we were threatened by a flood, which often visited us, flooding with water that overflowed the banks, all nearby buildings and houses.

A few days later, I walked along the canal in an hour or two in the afternoon and bent down to pick up a piece of slate, and the relative whom I saw in a dream ran to me, shouting: “Why are you standing there?! Go home”. And I answered him: “I already saw all this in a dream. “Oh, you're crazy with your dream, - he cried. - Go home! Water rises!” Indeed, a flood happened, and our house flooded.

Another dream from the time of my childhood remained in my memory. I dreamed that I stood at the gate and looked at my uncle’s funeral. I could neither approach nor follow the procession. Meanwhile, all my relatives — cousins, etc. — escorted the dead man. Upon awakening, I was surprised by the inconsistency: why couldn’t I take part in the ceremony? Soon my uncle fell ill and died. I fell ill at the same time with him, and so seriously that I almost followed him. Two days after my uncle died, I was still able to get out of bed, but I could not attend his funeral: firstly, due to extreme weakness, and secondly, because during the illness I grew out of all my clothes. But the desire to look at least from a distance at the funeral made me crawl somehow to the gate.

In my dreams I often visited places that I had never seen before and which I later recognized. And I remember a dream that I saw during a period of great grief. I saw myself standing in the early morning on top of a mountain. A magnificent sunrise on a blue-blue sky, a sparkling sea in the distance and at my feet grew a maidenhair (a kind of fern), which I have never seen in the wild. I was overwhelmed with joy and happiness and thought about how good it was to break out of the dark, dirty London, to get away from my heavy thoughts ... And suddenly I heard, or rather felt than heard, the word: “Remember”.

I woke up and with pain in my heart compared the radiant picture I had just seen in a dream with grief and longing that overwhelmed my material existence. But the charm of the vision lived in me for a long time, and I traveled a lot, I saw many countries, but I never met maidenhair growing in the wild. And so I went to South Africa. One Sunday, Mr. Irley, with whom I lived, suggested that I walk with him through the park, which was presented to Cape Town by Cecil Rhodes. The day was clear, sunny, and our path lay along the slope of wonderful mountains. We climbed higher and higher, and suddenly I noticed a maidenhair under my feet, which grew here in a multitude. I looked around and saw that panorama that delighted me so much during my sleep: above me was a bright blue sky, bathed in sunshine, wild maidenhair under my feet and a sparkling sea in the distance. Those who visited Cape Town will undoubtedly confirm my opinion that from this side of the city the view seems exceptional in its beauty.

The continuation of the material will be presented in a special miscellany of Theurgia.org